Kajal Agarwal in her Pink and Orange Silk Saree

The Comali (2019) actress Kajal Agarwal flaunting her sexy curves covered by the pink and orange stripe silk saree has made her fans to go crazy. 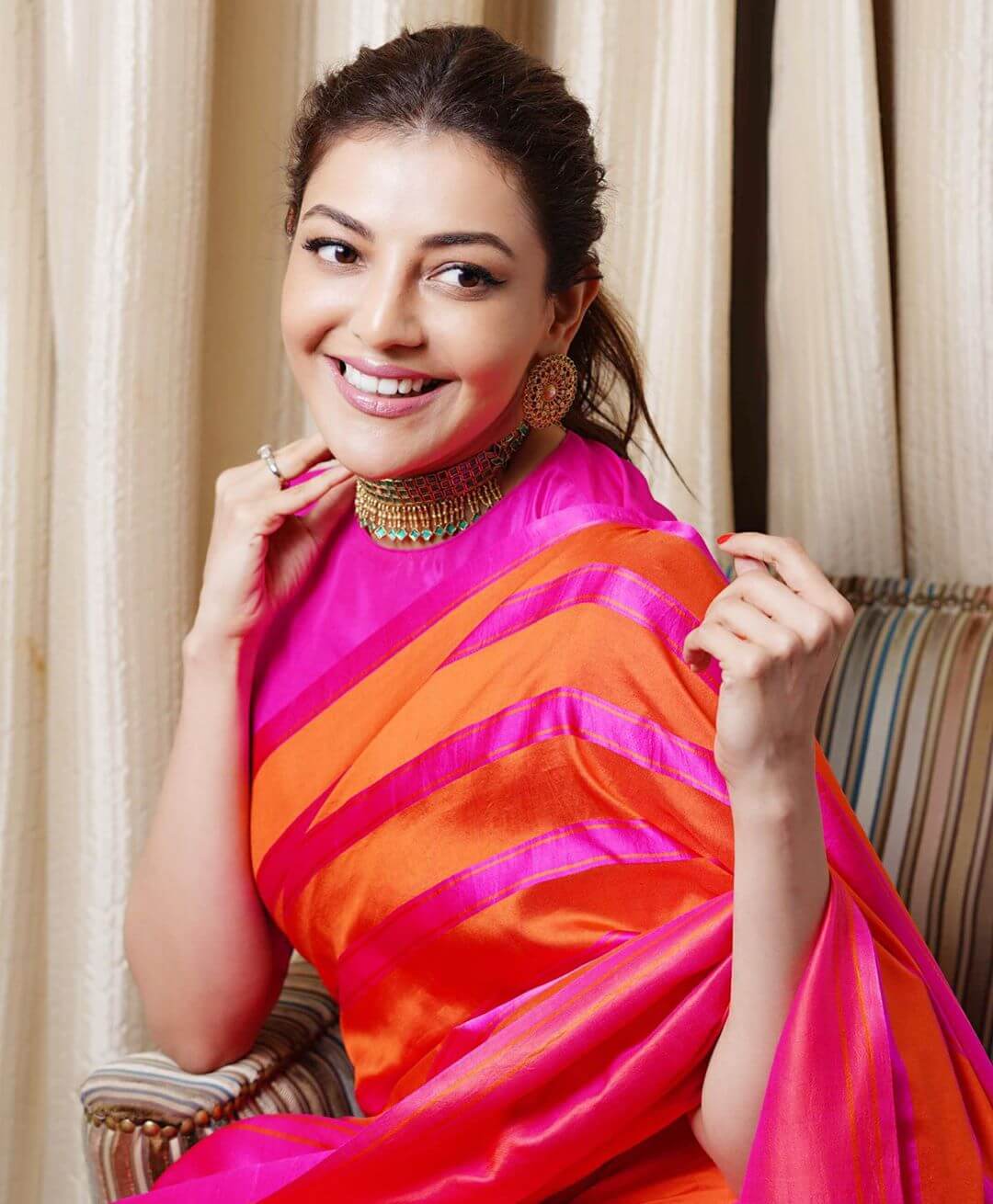 The designer silk saree was designed by Shreeja Rajagopalan, who is her favorite. Kajal makes the surrounding hot by appealing through hew wet, glossy pinky lips that match the color vibe.

The earrings are Specifically designed to look magnificent and to go well with the pinky bay saree of Kajal. The best thing that pairs with Kajal and her earrings are the broad fancy necklace that embraces the milk neck. 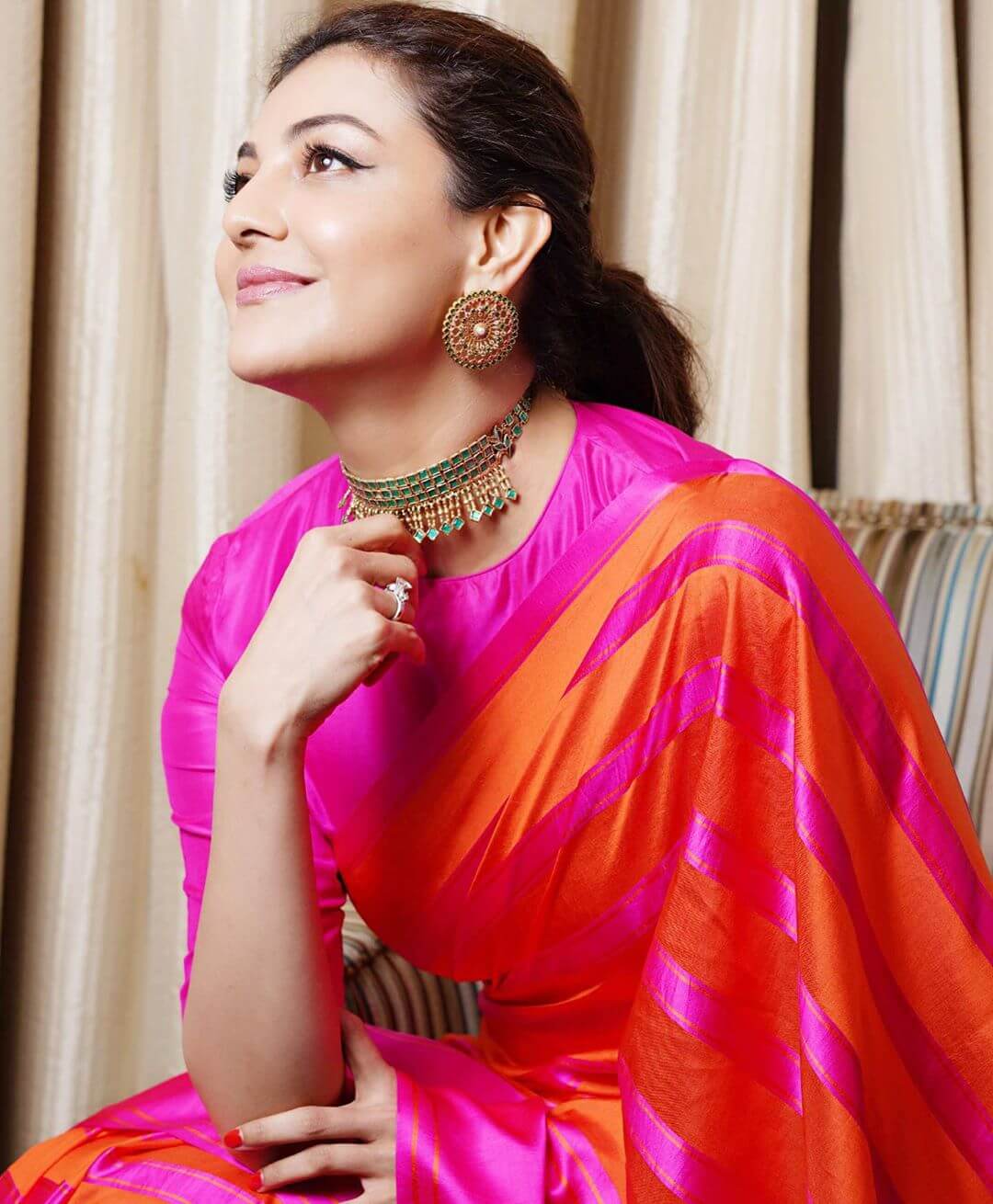 There are a number of poses shoot on the camera, and Kajal Agarwal’s boat neck top is the best of all to match her saree and the feminine look neatly. Take a look at all the poses the Tamil actress flourishes.

Putting her profession in recent times, her featuring in the movie Comali (2019) has run successfully in the theatres of Tamil Nadu and is one of the successful movies of kajal’s. 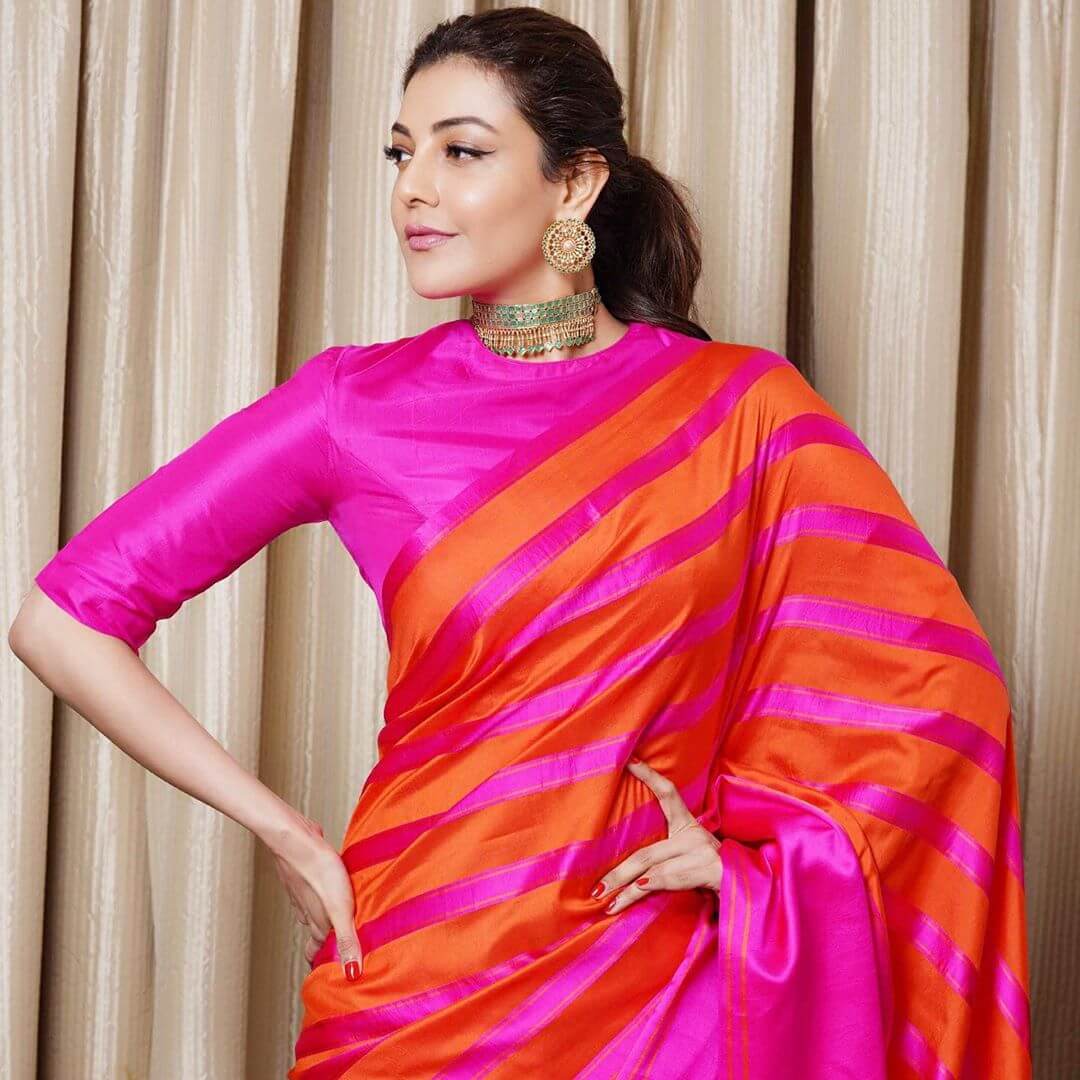 She played the role of an urban girl who pampers and is the mind of the 90s kid, who has just recovered from a coma after 16 years. The movie received a wide positive review and appreciation for the actress’s performance. 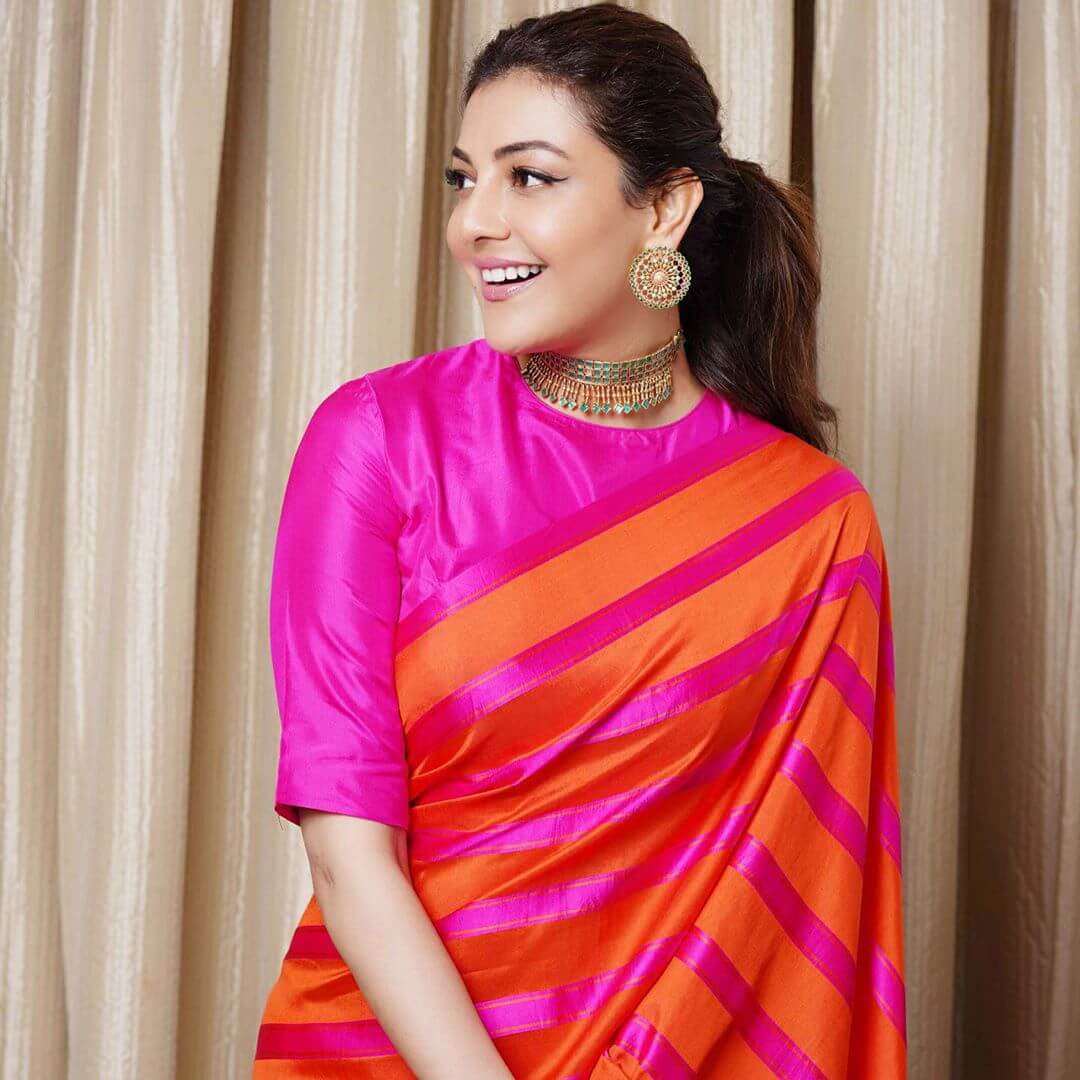 Kajal has also been the talk of the town for featuring in some of the Telugu movies in recent times.

Upcoming next, the most awaited movie for the actress is the Indian 2, co-starred by the veteran Tamil actor Kamal Haasan. The movie is all getting ready to hit the theaters while the date of release is skeptical. 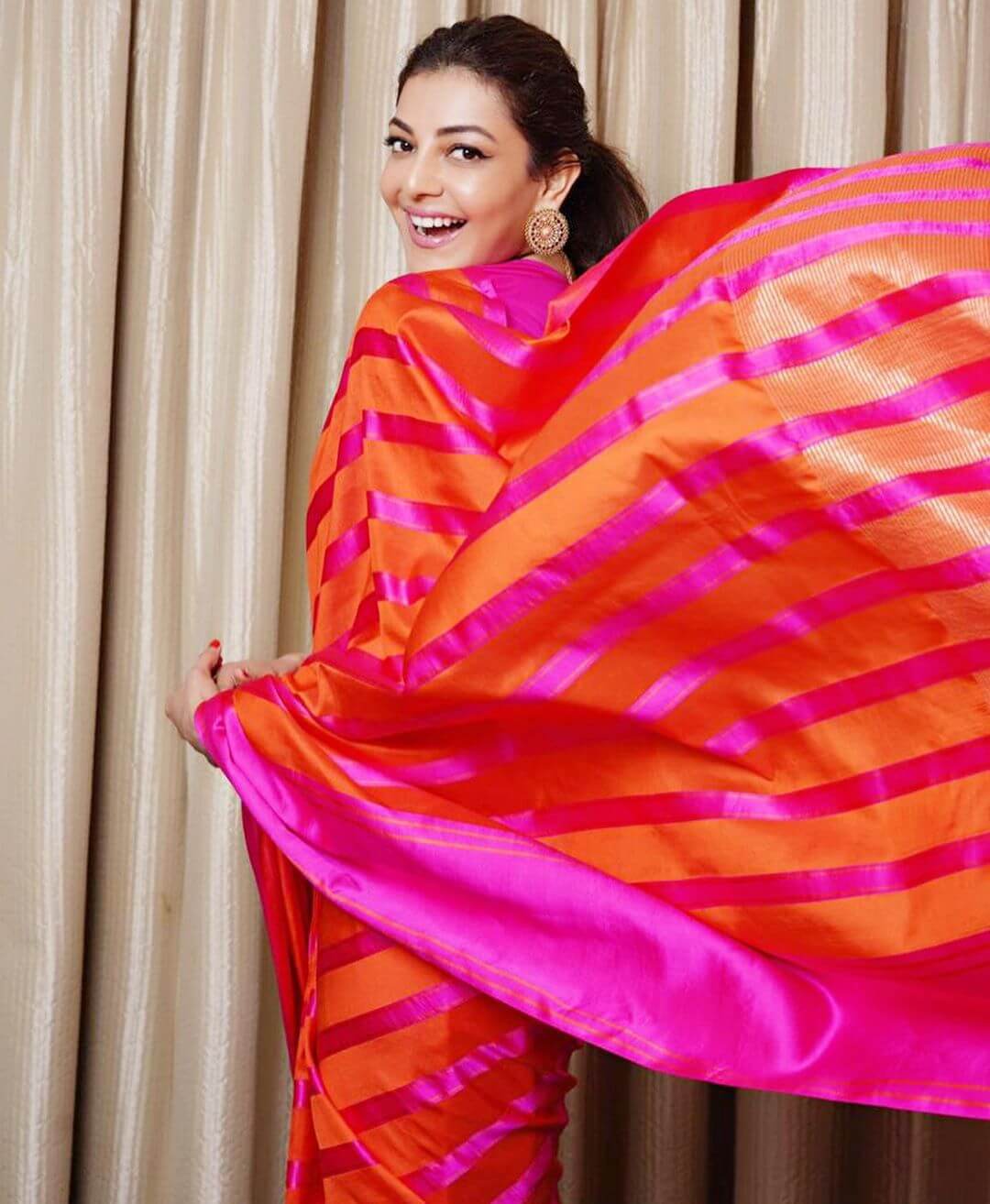 Kajal is expected to feature in the flashback of Kamal Haasan’s life and Tamil actresses like Rakul Preet Singh and Priya Bhavani Shankar were also roped in.