Kollywood lead actress and Lady Superstar Nayanthara and her boyfriend Vignesh Shivan recently went to the United States for spending their holiday, and the pictures of the couple having quality time were posted in the social media.

The photos went viral is a well-known news.

In this situation, Nayanthara and Vignesh Shivan met their favorite music director, A. R. Rehman during the Los Angeles trip. 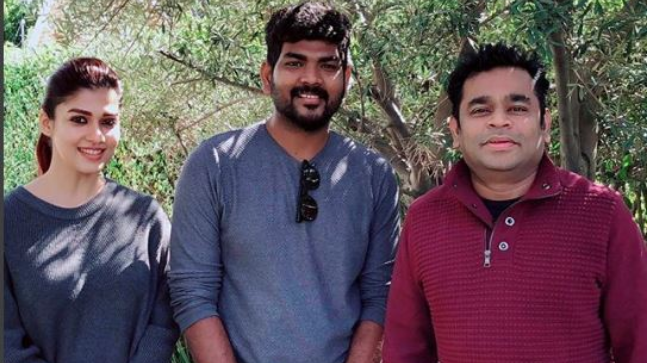 They got the chance to chat with the music director, and Vignesh Shivan mentioned the matter as, “Congrats for the national awards for winning an Oscar award!! When we met God at his temple!! #losangeles #blessed #fanmoment #besttimes #Divinity #EPI (sic)”

We all know that the couple went to Coachella Valley Music and Arts Festival 2018. Also, they mentioned that the best part of their holiday was watching Beyoncé performance live.

Nayanthara marriage with Vignesh Shivan is the next expectation of the fans, and there is no answer for that.

A. R. Rehman received National award for the Best Music director for the movie Mom and kaatru veliyidai during the 65th National award function from the President Ram Nath Govind.