Shamna Kasim, previously called as Pooja is a South Cinema actress noted for her acting in Tamil, Telugu, Kannada and Malayalam movies. Shamna Kasmi was born on 23 January 1989 in Kuruva, Thayyil Kannur, Kerala, India and active since 2004.

Shaman Kasim is also a model and a professional Classical dancer and performs various dance concerts from her young ages. At present, she resides in Kochi, Kerala.

Shamna was born to a Malayali Muslim family in Kerala, India. Her father’s name is Kassim and mother is Ramla Beevi; she has four siblings (Sheriffa, Arifa, Shanavas and Shaina) and Shamna is the youngest of all.

Most of her school life was continued in Kerala itself. She pursued her High School studies at Ursuline Senior Secondary School, Kannur and she moved further to St. Teresas, Kannur for growing her dancing skills. 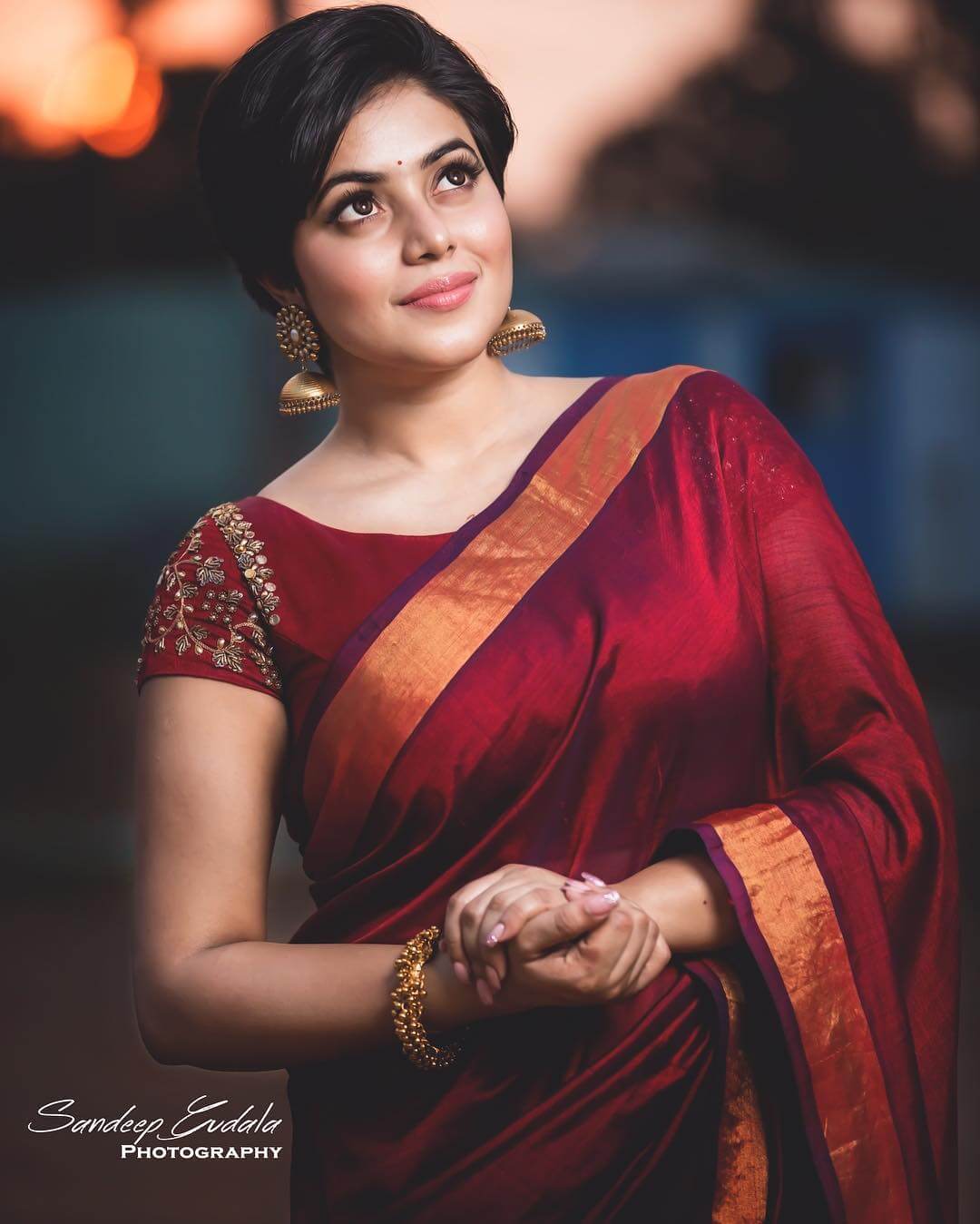 Shamna had completed her Bachelor of Arts degree in English through distance education.

Though she is an actress, Shamna started her career as a classical dancer, in which she becomes popular for her reality dance show Super Dancer on Amritha TV. Later she was invited to the audition of Malayalam movies and television shows.

Shamna kasim initiated her career through her first Malayalam film Manju Poloru Penkutty in 2004 and went on playing a few minor roles in the industry.

She was not considered and recognized during her early phase of acting career though she played well.

Recently, she appeared in an interview in John Brittas Show and mentioned her deprived chances in Malayalam films, compared to the Telugu and Tamil movies.

She made her debut in Tamil playing a leading character role Madhumitha in the movie Muniyandi Vilangial Moonramandu, Co-starring Barath. However, the movie was not successful in the box office.

On the other hand, Shamna made her debut in Telugu film Sri Mahalakshmi.

In 2008, she made her debut in Muniyandi Vilangial Moonramandu and cast the role Madhumitha in the movie Kodaikanal. This was the initial phase in the Tamil movie, that Shamna Kasin gets popular among the Tamil audience.

In 2009, she joined Nakul for the Tamil movie Kandhakottai, in which she cased the role Pooja, an innocent cute girl. Drogi (2010), Aadu Puli and Vithagan (2011) are some of the movies that featured Shamna Kasim in leading roles with the new face heroes.

In the same year 2011, Vellore Maavattam, a police officer story released and Shamna played a supporting wife role for Nandha.

Though she has less importance because of the story, she revealed her performance strongly. However, none of the movies created a decent box office sale for Shamna. 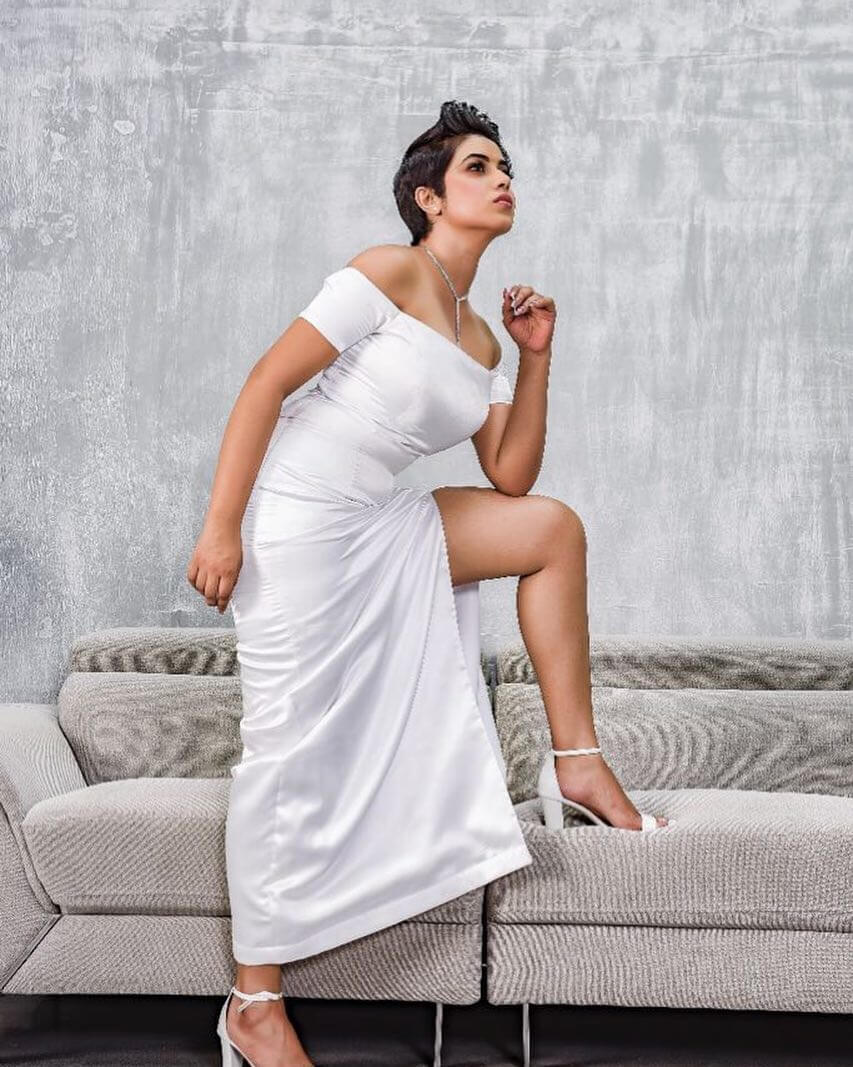 In the middle of 2010, Shamna Kasim got a new dimension of acting in the horror movies, that she has gained wide popularity and started gaining chances for the role of ghost especially in Telugu movies.

The leading news channel, the Hindu stated her as, “the ghost queen of Telugu films”

One of the best Tamil movie of Shamna’s career is Thagaraaru playing the leading role Meenakshi, opposite Arulnithi. 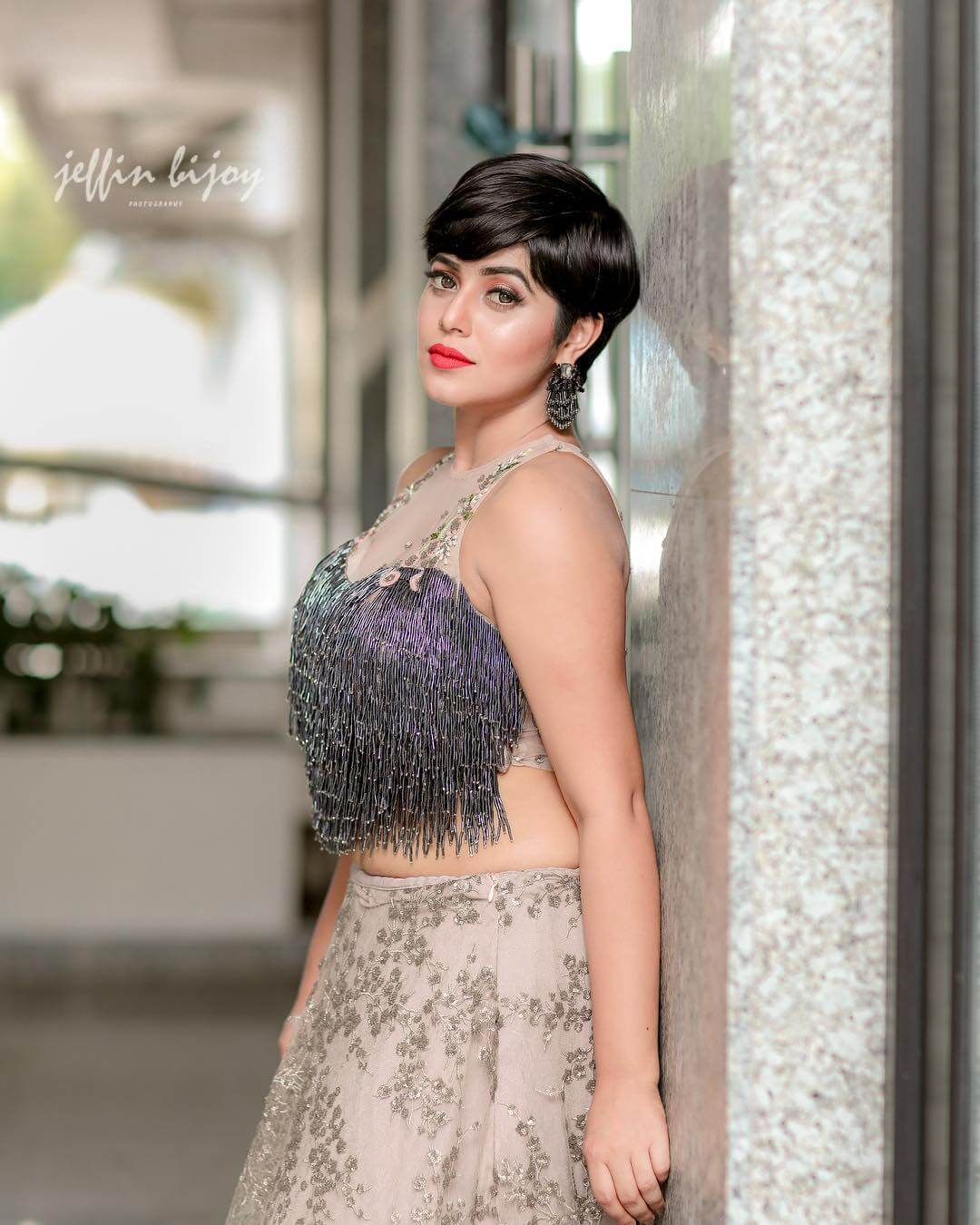 The whole story is based around the murderer, who is actually her. Shamna showed a fabulous performance in the movie as a negative character who back stabs. She gained a positive review of her performance in Thagaraaru.

Shamna Kasim is currently working with the eminent Tamil director Mysskin in the upcoming movie Savakatth. She is playing a leading role in the movie, which is expected to be a new session for her career.