It’s been for the past ten months or more, that the South actress Sri Reddy is featured in many news channels as she claims that she has been used physically in bed by many actors in the Telugu cinema industry for gaining a role in the movie.

If you think it’s all about #metoo issue, then you are wrong, Sri Reddy started to claim her justice even before #metoo came on trending.

She has also revealed the secret that even male actors are forced to do oral s*x for getting a chance in the movies. But, after taking all the physical needs from chance seekers, the chance is being denied which makes the victim open in public to claim for their justice. 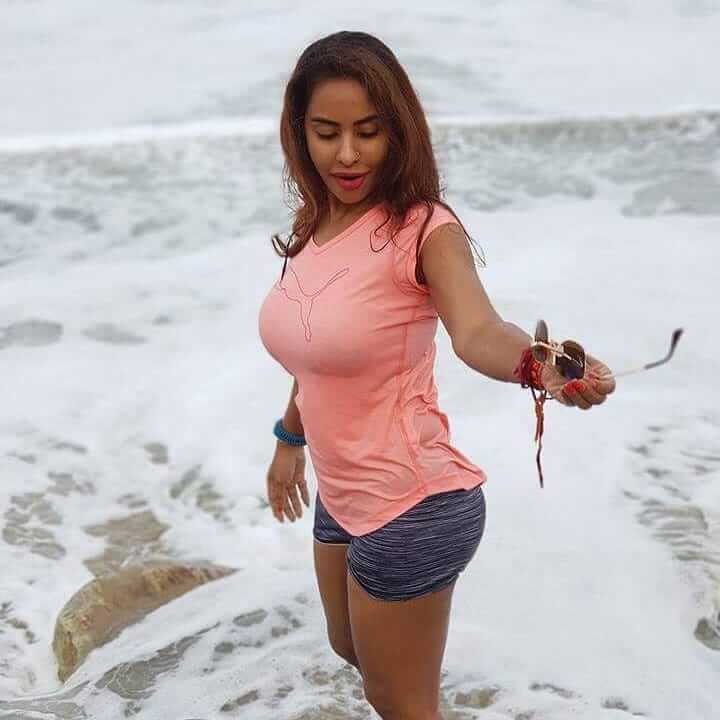 The actress has previously mentioned the names (Abhiram Decubiti, Vishal Reddy, Natural Star Nani, Koratala Siva, Kona Venkat, A.R. Murugadoss and more) of whom had s*x with her and created controversy.

In the same line-up of accusation, its Udhayanidhi Stalin, who joined the s*xual abuse controversy.

Sri Reddy took her social media page to accuse Udhayanidhi Stalin, who is a Tamil cinema actor, producer and the grandson of Ex-CM Kalaingar Karunanithi and son of Mr. Stalin, who is now considered as the head of the political party DMK.

The actress said stated that, Udhayanidhi has shared the bed with her for a whole night in the Green Park Hotel, Hyderabad while on the shooting of Idhu Kathirvelan Kaadhal.

Sri Reddy also announced that sooner she will have a press meet on discussing the issue raised against Udhayanidhi Stalin.

The following lines were uttered by the controversial actress:

Sri Reddy said, “I met Udayanidhi Stalin through Vishal Reddy and he shared the bed with her  whole night at Green Park Hotel. But after having s*x, Udayanidhi Stalin did not offer her any role in the movies.”

Will the accusation on Udhayanithi be prooved or it might go as it went on the previous cases will be known after proper investigation.

Amala Paul become Hot and Sexy after loosing her weight