“You are not beautiful” – Tapsee gets insulted by the director

Tapsee gets insulted by the director

One of the remarkable and the leading Indian actress in Telugu, Tamil and Hindi is Tapsee Pannu.

Today, she had opened her lips mentioning about her initial struggles and insults she received, while she approached directors.

She also mentioned that, she was denied to receive silver screen chances, telling on her face that, she is not fit for screens and does not look beautiful. In addition, she was also said that, she is not a big shots’ daughter or who has no face value. 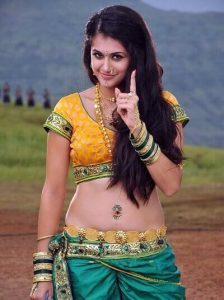 To make it further here are the sentences of Tapsee Pannu about her initial days insult,

“In my initial days in the industry, I had been rejected by makers for stupid reasons. They said I wasn’t beautiful, I wasn’t sexy, I wasn’t a daughter of a big star, I was a serious actress and not fit to act, I had zero market, and So on. I’ll never let my sister undergo the troubles I went through.

After my mother, the most loved person for me is my sister. I’ll never demotivate her from entering films, but it was in my mind. Nowadays I’ve started thinking only about choosing different roles and unique scripts, and having come from a non-filmy background and getting to reach this position itself is a huge achievement”